Arrest Made in Breaking & Entering Cases

Rocky Mount, N.C. – On October 3, 2022, at approximately 11:00 p.m., officers responded to the 1000 blk of Ridgemeadow Ln in reference to an in-progress call of a stolen motor vehicle. Officers observed the stolen vehicle at the intersection of Nashville Rd and Hammond Street. Officers attempted to stop the vehicle, which subsequently led officers on a brief vehicle pursuit. The vehicle stopped at the dead end of Dalton Rd. The driver ran from the vehicle and broke into another vehicle to hide and escape apprehension. Officers quickly located the suspect, Derek Gibson (48), and took him into custody. There were no reported injuries or property damage in this incident.

Gibson was charged with the following:

Two (2) counts of Felony B&E of a Motor vehicle

Larceny From A Motor Vehicle

Larceny Of A Motor Vehicle

Assault With A Deadly Weapon

Gibson received a $40,000 secured bond and was remanded to the Nash County Detention Facility. 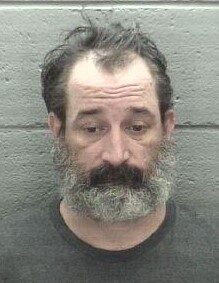