Jaquan Raqueze Harris, 27, man pleaded guilty today to Possession of a Firearm by a Convicted Felon. For this charge, Harris faces up to ten (10) years’ imprisonment.  Harris is from Rocky Mount, North Carolina.

According to information presented in court and court documents, Harris illegally possessed a firearm when he shot indiscriminately into multiple homes along Parkridge Road and Walbrook Court, in Rocky Mount. On May 19, 2021, the Rocky Mount Police Department responded to a Shots Fired call at the corner of the 1700 block of Parkridge Road. Witnesses on scene advised they heard between 20 and 30 gunshots in a rapid succession late at night. Multiple residents on the block had projectiles strike and enter their homes and vehicles. Officers recovered over 25 spent shell casings and a semi-automatic rifle at the crime scene. Surveillance footage from a resident’s home security system captured Harris behind the home and armed with a black-in-color semi-automatic rifle. Harris is observed yelling and firing his rifle indiscriminately before fleeing the scene on foot and discarding the rifle. Rocky Mount Police arrested Harris the next day. Ballistics testing confirmed the spent shell casings from the crime scene matched the rifle Harris left at the crime scene. Harris was a convicted felon at the time and was prohibited from possessing firearms.

The conviction is a result of the ongoing Violent Crime Action Plan (VCAP) initiative which is collaborative effort with local, state and federal law enforcement agencies, working with the community, to identify and address the most significant drivers of violent crime. Michael Easley, U.S. Attorney for the Eastern District of North Carolina made the announcement after U.S. Magistrate Judge Robert B. Jones, Jr. accepted the plea. The Rocky Mount Police Department, and Bureau of Alcohol, Tobacco, Firearms and Explosives are investigating the case and Assistant U.S. Attorney Aakash Singh is prosecuting the case. 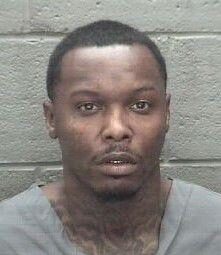